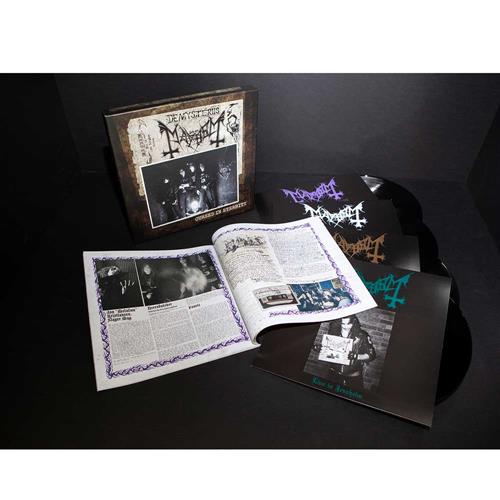 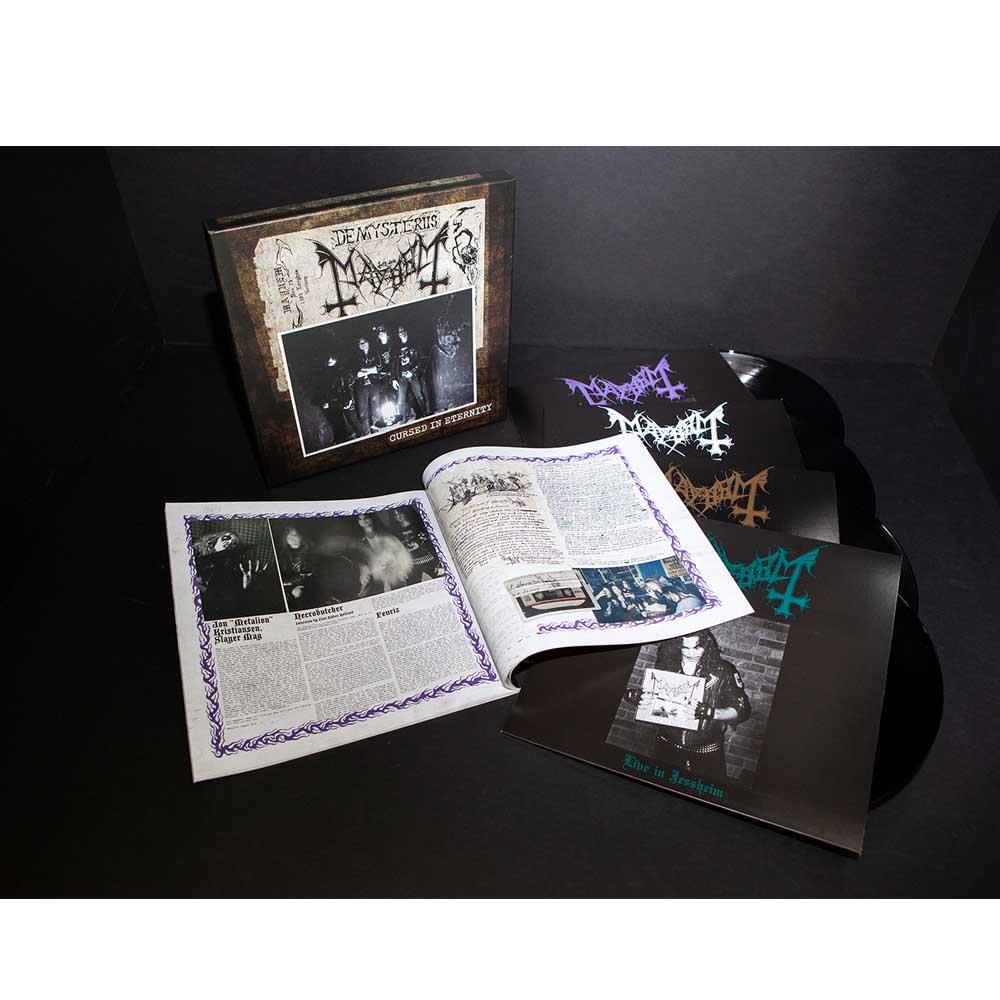 Mayhem, the Norwegian pioneers responsible for invigorating a global scene alongside originators such as Venom, Celtic Frost & Bathory, formed in 1984, and with a long history of tragedy, intrigue and infamy have become truly revered legends of black metal, with a large part of their legacy established in the late 80’s & early 90’s, when guitarist Euronymous & bassist Necrobutcher welcomed Hellhammer on drums and Dead on vocals, to help shape a new era of darkness and Armageddon.

Marking this particularly iconic & subsequently ill-fated union, this edition of the ‘Cursed in Eternity’ set presents Mayhem’s four now-infamous 1990 live dates in Norway plus their legendary short German tour on vinyl format. Tracks from the band's 'Deathcrush' days were performed live as well as versions of songs which would go on to feature on the band's debut album, 'De Mysteriis Dom. Sathanas', such as the timeless 'Freezing Moon' & 'Funeral Fog'.

The 'Cursed in Eternity' set also essentially contains a full 76-page book recalling tales surrounding these shows & the impact of Mayhem, as told by band members and other close associates from the scene, & includes letters and previously unseen photographs sourced from personal archives, all in collaboration with the True Mayhem Collection.