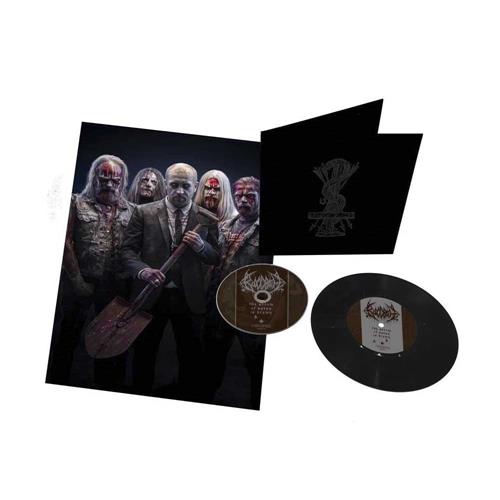 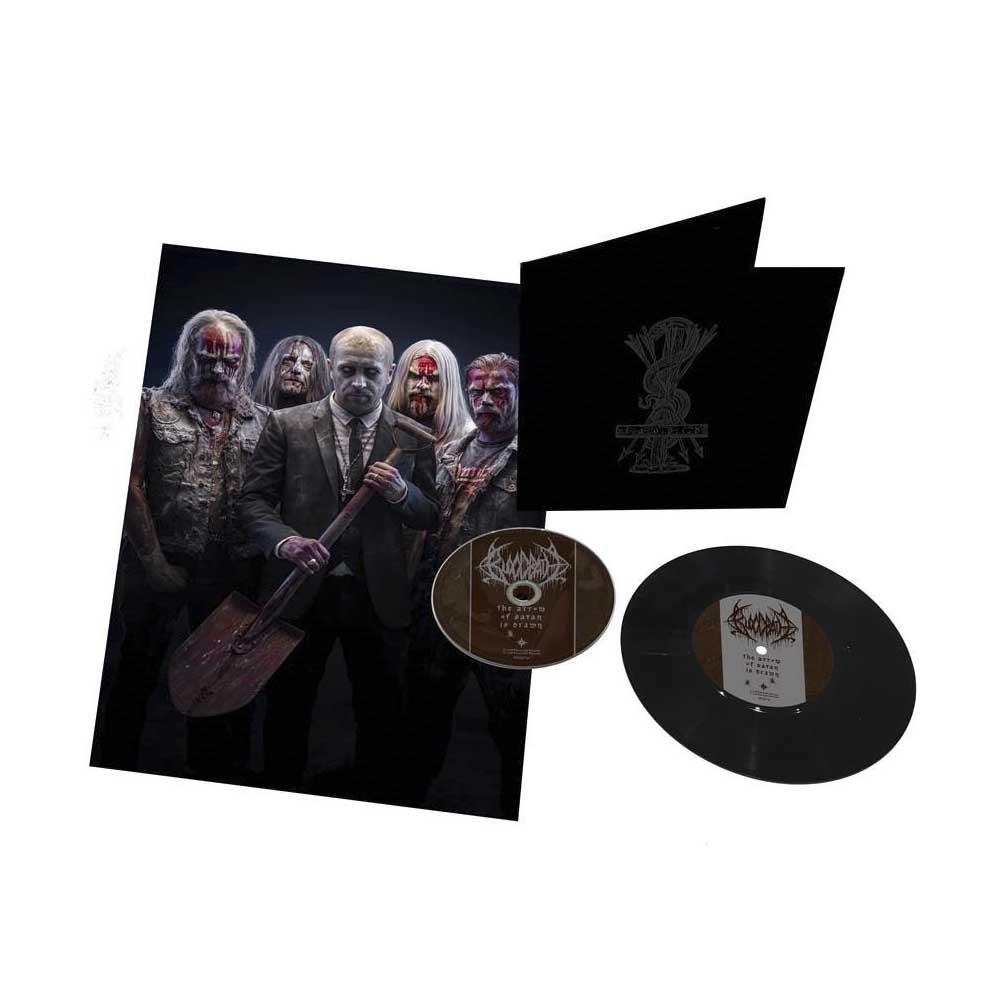 The Arrow Of Satan Is Drawn Deluxe

Bloodbath began the recording of their fifth studio album in early 2018, with new guitarist Joakim Karlsson of Swedish black metal cult Craft being welcomed into the fold. With an unyielding thirst for the macabre, The Arrow Of Satan Is Drawn, sees the band taking a step into even darker waters. Here, Bloodbath explore the boundaries of extremity, mixing in the best of death, thrash & black metal to create a perfect storm of chaos, delivered with the same ferocious HM-2 buzzsaw sound & relentless riff assault mastered over the years, combined with themes of the occult and pure horror.

Joining Bloodbath on the ‘Bloodicide’ track is an unholy choir formed from the diabolical triumvirate of UK death metal legends, namely Jeff Walker from Carcass, John Walker from Cancer, and Karl Willetts from Bolt Thrower.

This limited edition deluxe version of The Arrow Of Satan Is Drawn comprises the album on CD and an exclusive 7" vinyl, both featuring two bonus tracks, and is presented in a 7" gatefold sleeve with a poster featuring lyrics and alternative cover