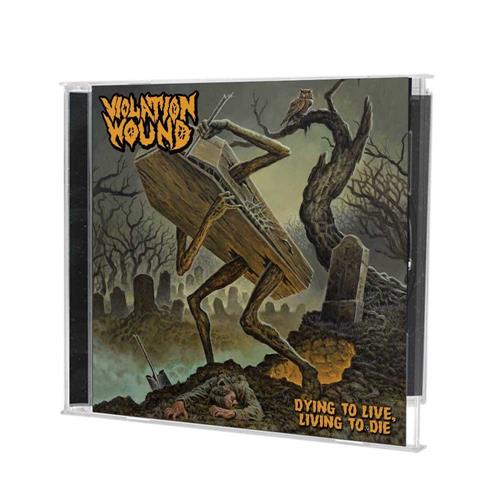 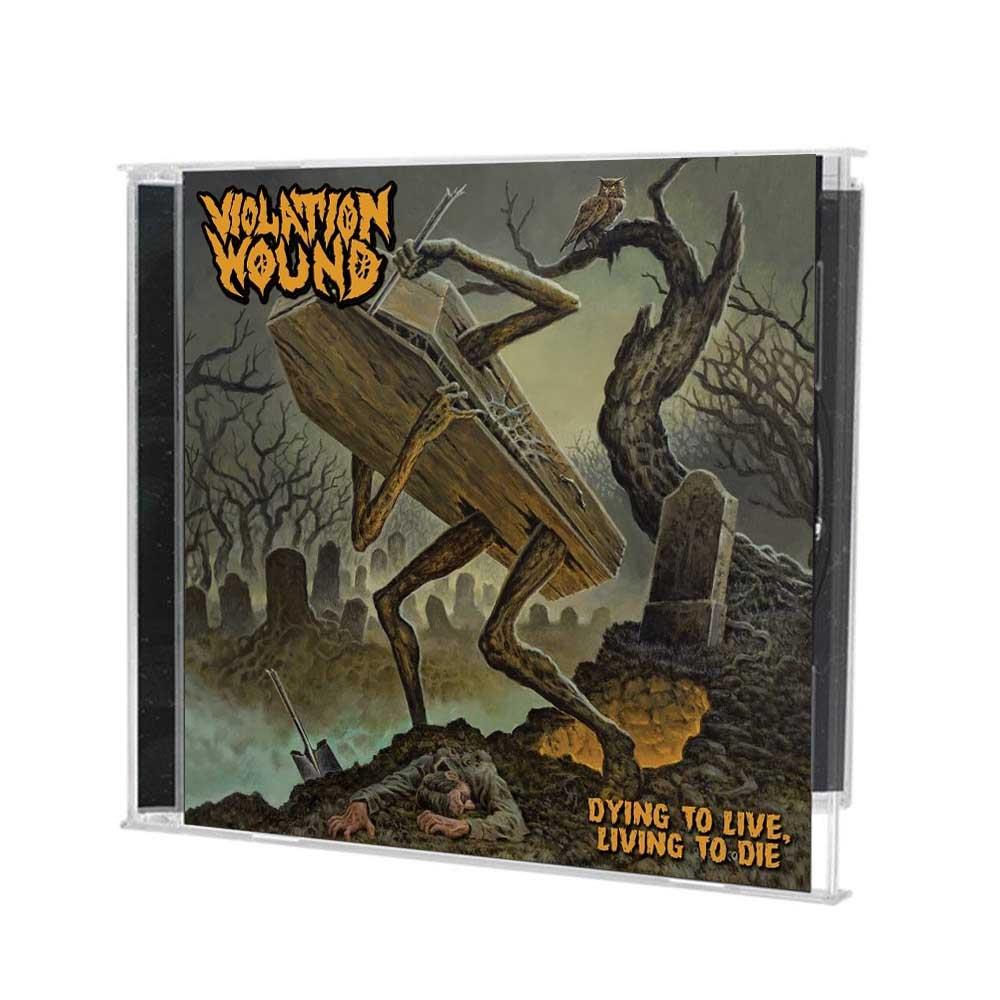 Dying To Live, Living To Die


Continuing on from last year’s With Man in Charge, the returning line-up of Autopsy (& former Abscess) mastermind Chris Reifert on guitars and vocals, alongside Bassist Joe Orterry & drummer Matt O’Connell, indulge in a new ferocious attack of violent and head-pounding punk, rupturing the eardrums with Reifert’s trademark rabid delivery during new album Dying to Live, Living to Die, due for release on Peaceville on 1st November. Violation Wound present 18 tracks – a sneering, unrelenting aural assault on the current world climate amid its demise, and the continuing deterioration of minds & societies. “It’s the equivalent of feeling a brick to the back of the head repeatedly until you pass out or learn to like it”, chuckles Chris Reifert.

Reifert continues “We’ve been chugging along for 6 years now and we’re a bunch of fun-loving dudes who aren’t afraid to lay the musical smackdown on shit that we think is deserving. As you can probably tell from our lyrics, we’re pretty much inspired by all the crazy and/or fucked up stuff that’s happening in the world, in our minds or just in the neighborhood if there’s a psycho in it!”

Violation Wound is not interested in modern, plastic or safe crap, instead honouring the raw, dirty and pissed off ways of the original innovators, while carving out a path all of their own.

This formidable Californian trio came together in June 2013 in a beer and whiskey-soaked basement with one common goal in mind - to create 100% real punk rock. There is nothing trendy, nothing wimpy, nothing pretentious, just aggression fuelled kick ass riffs.