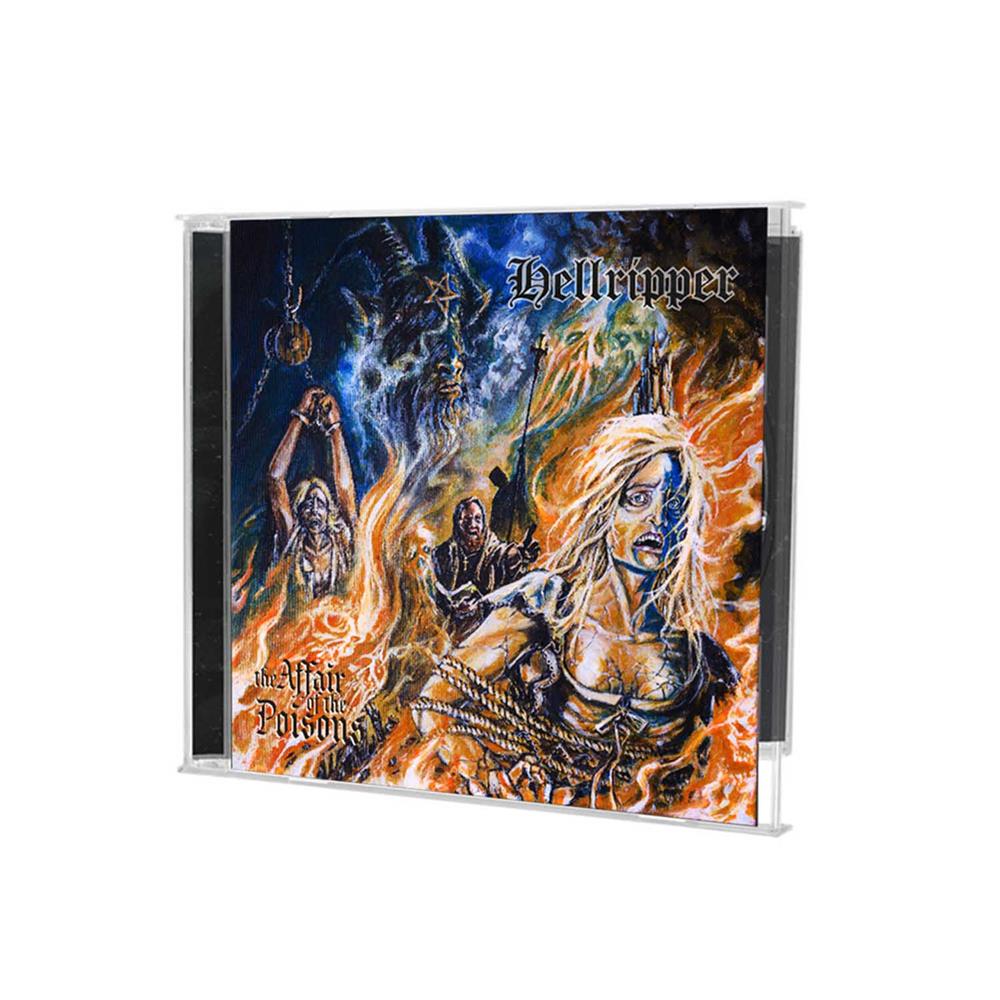 The Affair Of The Poisons

The Affair of the Poisons is the second full-length album by the UK’s premiere blackened thrash metal trailblazers, Hellripper, presenting the latest savage assault of blistering old school riffs & hyperspeed soloing which has earned the band a reputation as one of the nation’s best rising heavy metal acts.

Inspired by the likes of old-school legends including Venom, Kreator, Sabbat [JPN] and Metallica, James McBain formed Hellripper in 2014 and with the release of the debut EP The Manifestation of Evil shortly after, the Scottish band was already making a very clear statement of hellish destruction with an electrifying brand of blackened thrash. Building on the momentum of the debut EP with a string of split releases, the debut album Coagulating Darkness was released in 2017 to media acclaim, with the UK’s Metal Hammer hailing Hellripper as “Scotland's King of the arcane mosh” & the band receiving attention throughout Europe and the US. This was followed by the EP - Black Arts & Alchemy, along with an increased live presence of high profile shows before an eventual deal was inked with Peaceville.

The Affair of the Poisons was recorded and mixed by McBain himself & mastered by Brad Boatright at Audiosiege (Obituary, Midnight, Nails). The album title itself is based around the 17th Century real-life scandal of murder and witchcraft, with the inspired cover artwork courtesy of Skadvaldur.

Spectres of the Blood Moon Sabbath is the first track to me taken from the album which explores the dark & insidious underworld of witchcraft, the track unfurls in an infernal storm of heavy blackened thrash. Comments mainman James McBain “this was one of the first tracks written for the album and has a definite “rock ‘n’ roll” feel to it with its bouncy rhythm & a Motörhead or TANK vibe, plus is one of two songs on the album where Joseph (live guitarist) performed lead guitar”.