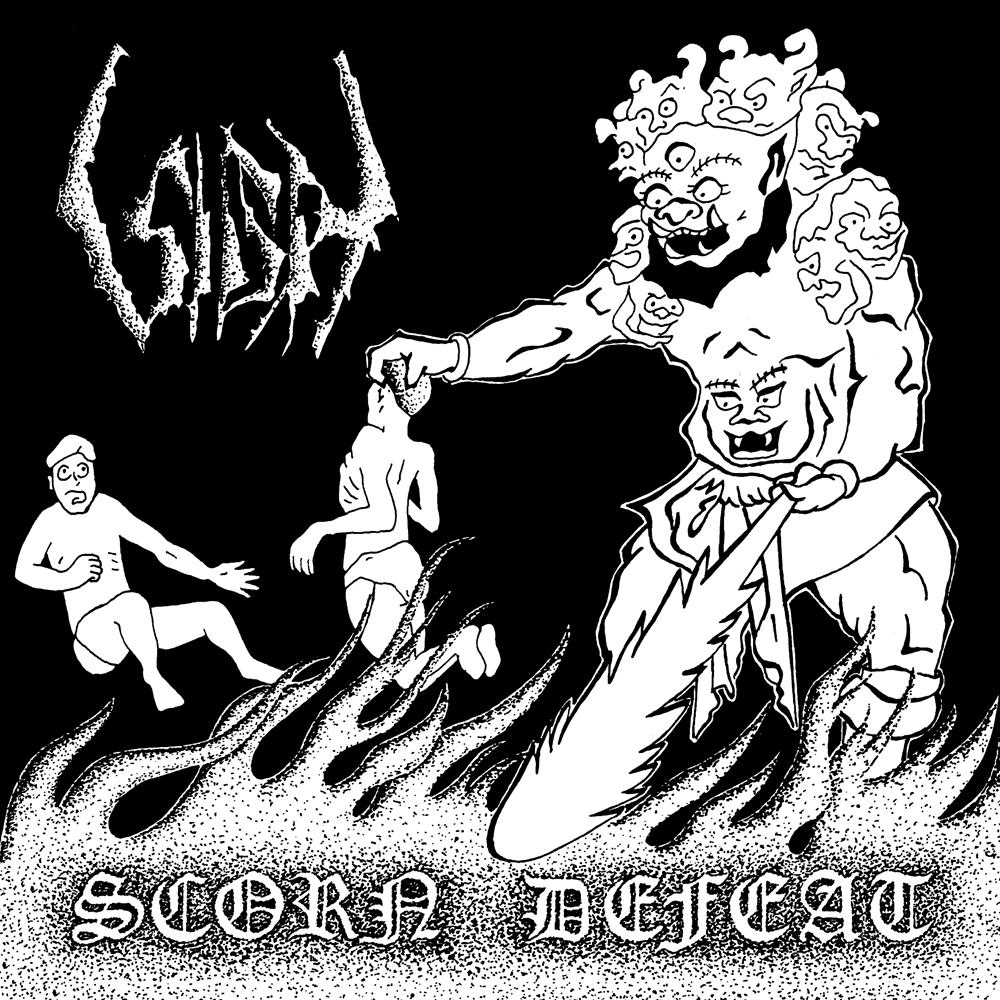 Cult Japanese black metal legends Sigh formed in 1989/90, featuring mainman Mirai Kawashima, Satoshi Fujinami & Kazuki Ozeki. Following initial demos, Shinichi Ishikawa was brought in to the band, & Kazuki removed from the line-up. It was following this shift that the band set about recording the masterpiece debut ‘Scorn Defeat’, going on to become one of the country’s greatest and most revered metal exports. With a journey through the strange and the psychedelic, incorporating a whole eclectic mix of genre styles & experimentation throughout their career, Sigh has remained a vital creative force in the avantgarde field. However, at its core, Sigh has always remained true to its roots of old school metal.

‘Scorn Defeat’ was originally released in 1993 after the band had signed to Mayhem guitarist Euronymous’ emerging Deathlike Silence Productions, with the album eventually surfacing following his death (& also dedicated in his honour). With a deep appreciation for the black metal masters of the 80s such as Celtic Frost and Venom, Sigh would also masterfully weave intricate keyboard textures and skilled piano composition courtesy of Mirai Kawashima among the Frost-fuelled riffing to create an atmospherically distinctive and dark sound. The lyrical content was also unusual for the time, incorporating strong elements of occultism and eastern mysticism to differentiate them somewhat from their Scandinavian peers.

This special double disc edition of 'Scorn Defeat' includes additional early demos and rough mixes of album tracks, & a rare live show recorded on the album's 20th anniversary, plus a booklet interview with mainman Mirai Kawashima sharing his recolllections from the album writing and recording period, along with rare photos.