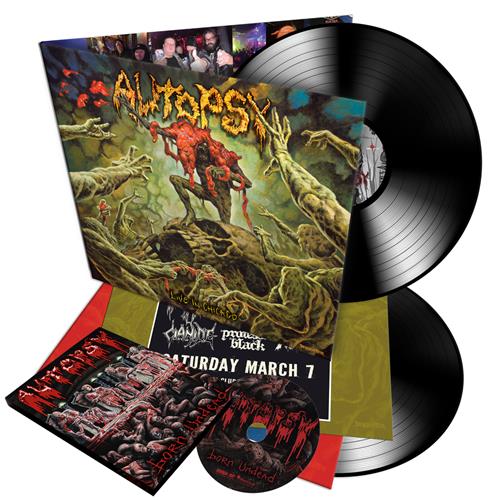 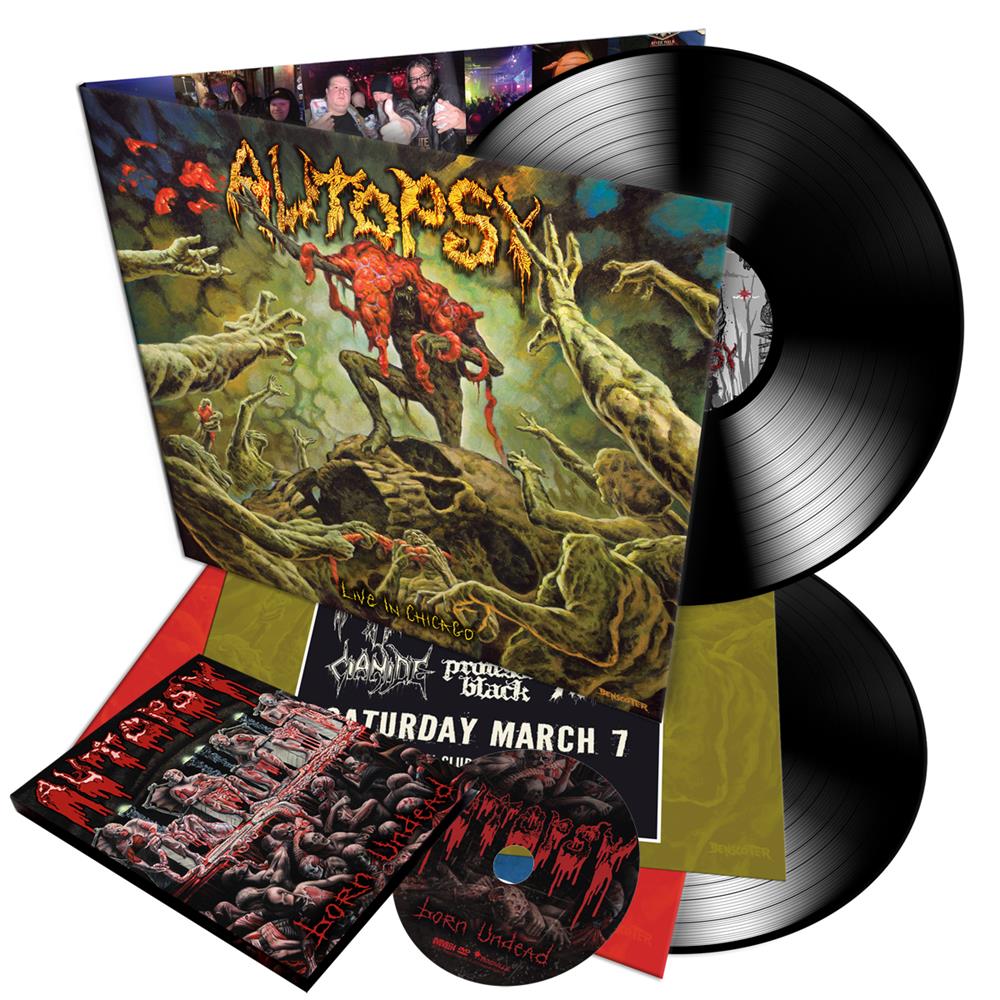 “Live, loud, raw and ugly! Autopsy lays waste to the stage and assaults the crowd with classic death metal brutality”.

US Gods of sickness Autopsy formed in 1987 in San Francisco, & was among the early breed of death metal bands to emerge, releasing 4 albums on Peaceville before disbanding in 1995. After a 15 year hiatus, Autopsy officially returned from the grave with the 2010 EP, ‘The Tomb Within’. This was followed by the release of the band’s fifth studio album, ‘Macabre Eternal’ in 2011, spearheading a resurgence of the legends with multiple subsequent albums and EPs.

‘Live in Chicago’ - the band’s first official live album - was recorded at Reggie’s Rock Club, March 7th 2020, and contains 66 minutes of classics spanning the whole 30+ year career of the death metal legends. The release also notably includes the brand new track ‘Maggots in the Mirror’, giving fans something to chew on while the impending next studio release takes shape. Due to recent & unforeseen global events, this stands as Autopsy’s only gig of 2020, out of what was intended to be a string of several appearances. Luckily the show was professionally recorded, unknowing of what was about to follow.

With mixing carried out by Adam Munoz, notable for his work on Autopsy’s studio albums, ‘Live in Chicago’ captures Autopsy in all of their ferocious, gory glory, with artwork once again conjured from the masterfully warped mind of Wes Benscoter (Slayer, Nile, Kreator). This release of 'Live in Chicago' is presented on double vinyl format with gatefold sleeve and printed inner sleeves.