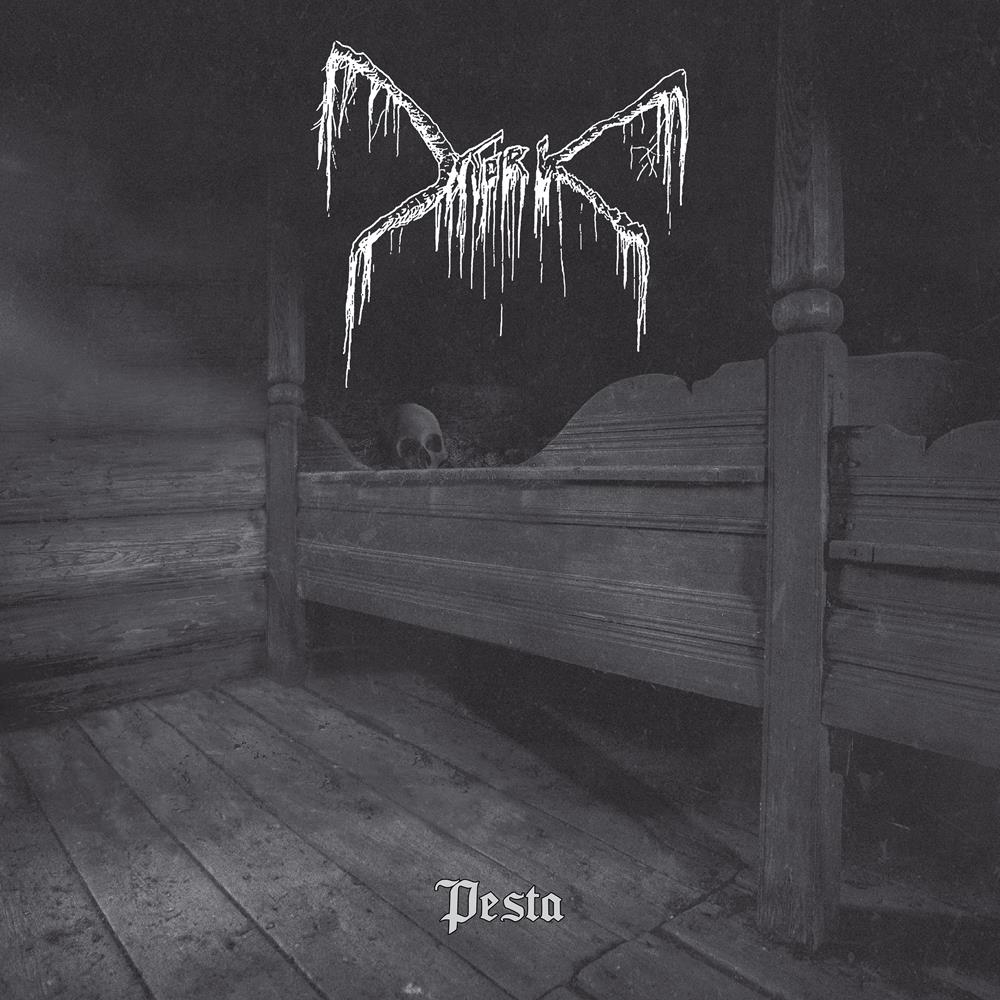 “Pesta is again creeping across the land.”

Following on from 2019’s ‘Det Svarte Juv’ comes a special release on Black Friday from highly regarded Norwegian outfit, Mork. ‘Pesta’ (plague) is the band’s new 4 track EP, its lead track composed as a reflection of the mood of current times, as well as drawing inspiration from the art and music world, with the main motivation to record the track stemming from a visit to locations portrayed in the works of celebrated Norwegian artist, Theodor Kittelsen. Mainman Thomas “Mork” Eriksen explains the origins of ‘Pesta’.

“The Norwegian artist Theodor Kittelsen (1857-1914) has been an important part of Norwegian Black Metal since the early 90’s. Kittelsen’s artwork has a haunting, eerie and mysterious effect. Most noteworthy is his work in the book “Svartedauden” (‘The Black Plague’) which was originally published in 1900. During a summer trip I passed through the valley where Kittelsen resided, and visited the farm, Lauvlia. While there I found out that a couple of the drawings in “Svartedauden” are based on actual places. The Kittelsen drawings “Pesta i trappa” and “Musstad” are based on a particular house on a different farm, where the artist lived for a while. A good friend of mine said that I should create a song to go along with the pictures, so it all fit nicely with the current Covid-19 situation, so I wrote a song about the Black Plague called ‘Pesta’.”

Complimenting ‘Pesta’ on side A is a special cover recording of ‘Valen’, presented as a haunting acoustic interpretation, while side B contains 2 live songs recorded during “Orgivm Satanicvm” in early 2020 in Oslo, Norway, with storming renditions of ‘En Sti Inn I Remmendalen’ from debut ‘Isebakke’, & ‘I Hornenes Bilde’ from the ‘Eremittens Dal’ opus.

Mork was created by Thomas Eriksen in 2004 & was primarily a side-project from inception until the debut album, ‘Isebakke’, in 2013. Since then the band has rightly earned their accolade as one of the top Norwegian black metal acts of recent years, receiving strong endorsements from their peers, as well as notable guest appearances from members of Darkthrone, Dimmu Borgir & 1349 on studio releases.

Mork’s highly-anticipated fifth studio album is tentatively set for release in the first half of 2021.

‘Pesta’ is presented on black vinyl with a limited pressing of just 500 copies.