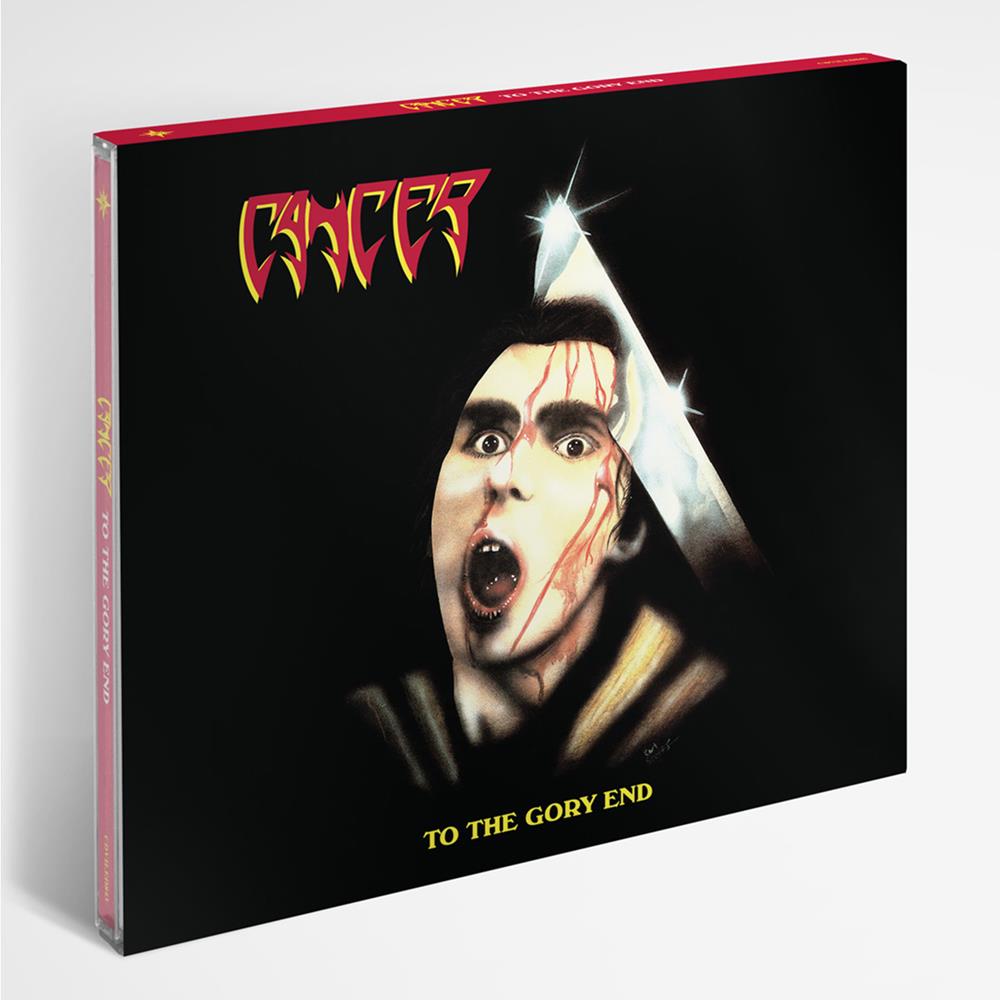 To The Gory End 2CD

UK death metal gods Cancer burst onto the UK extreme metal scene over three decades ago, & amassed a strong global following over the course of six studio albums, including a stint with major label EastWest under Warner Music. 2018's 'Shadow Gripped' album reunited the core band of John Walker (guitar/vocals), Ian Buchanan (bass) and Carl Stokes (drums) for the first time since 1995 for a new masterclass of twisted brutality.

‘To the Gory End’ was Cancer’s debut, and was released in 1990. Along with sophomore opus ‘Death Shall Rise’, ‘To the Gory End’ became a firm genre classic with its influential display of aural savagery containing fittingly shocking topics to match. The album swiftly established Cancer as one of the highlights of the rising UK death metal scene alongside such bands as Bolt Thrower and Carcass.

‘To the Gory End’ was recorded at Loco Studios in the winter of 1989, with legendary producer Scott Burns (Death, Obituary, Sepultura) overseeing the recording & also mixing duties, which subsequently took place at Morrisound in Florida, itself synonymous with the creation of many classics of the genre. The album also notably features a guest appearance by John Tardy of Obituary on the track ‘Die Die’.

This double disc edition of ‘To the Gory End’ features a new audio remaster, & is presented in jewel case format with ocard. The bonus disc features Cancer’s full 1989 demo, containing many tracks which were to subsequently appear on ‘To the Gory End’.