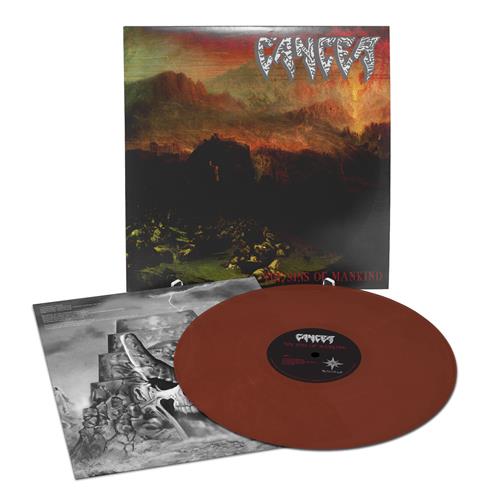 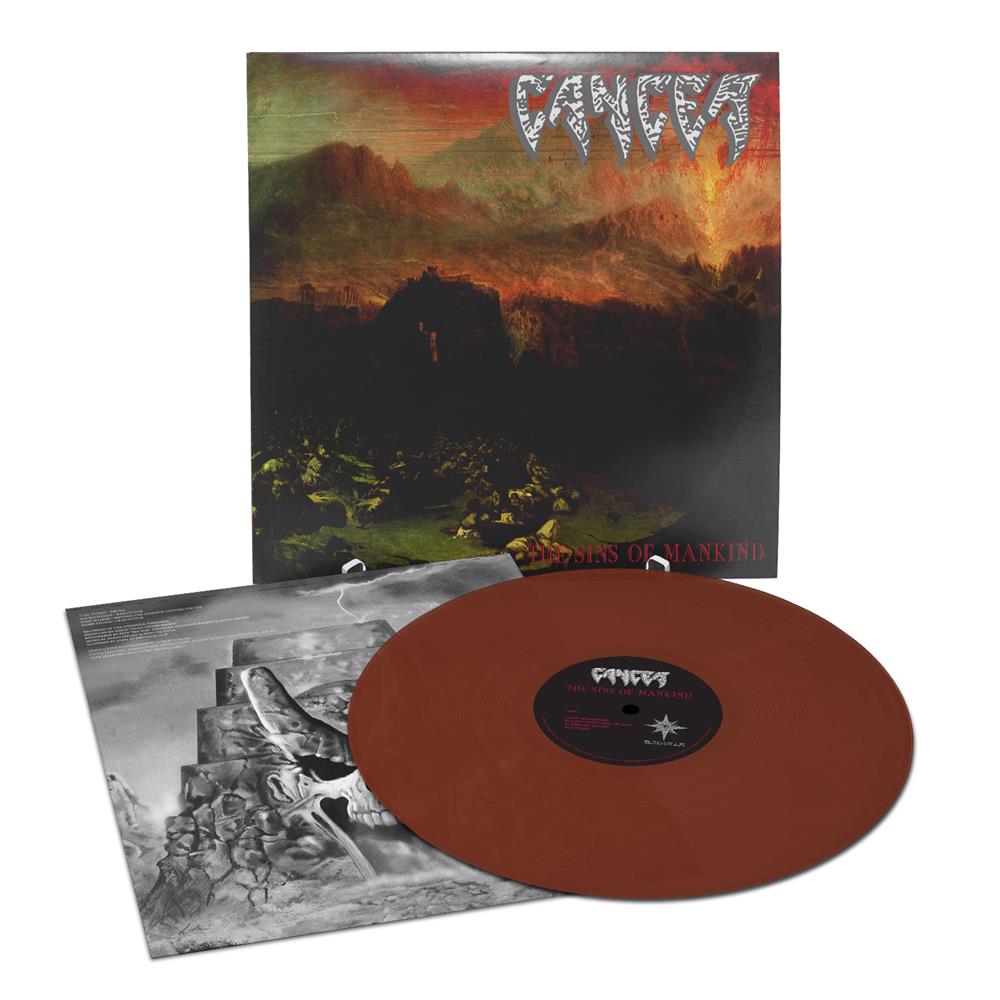 The Sins Of Mankind Transparent Brown

‘The Sins of Mankind’ saw Cancer evolving beyond the frontiers of the first two albums, and presented an opus somewhat more ambitious, challenging and dynamic, whilst clearly retaining the brutal trademarks & distinguishing style so effectively employed on ‘To the Gory End’ & ‘Death Shall Rise’. There was evidently a well-developed maturity and texture to the song-writing coming to the fore, resulting in a new masterpiece which stood up alongside its predecessors whilst forging a new chapter for the band.

‘The Sins of Mankind’ was recorded at The Windings in Wrexham, UK (Napalm Death, Gorguts, Anathema), with mixing handled by Simon Efemey (Paradise Lost, Amophis). Joining the trio for this album was Barry Savage on lead guitar.

This edition of ‘The Sins of Mankind’ features remastered audio and is presented on limited coloured vinyl.