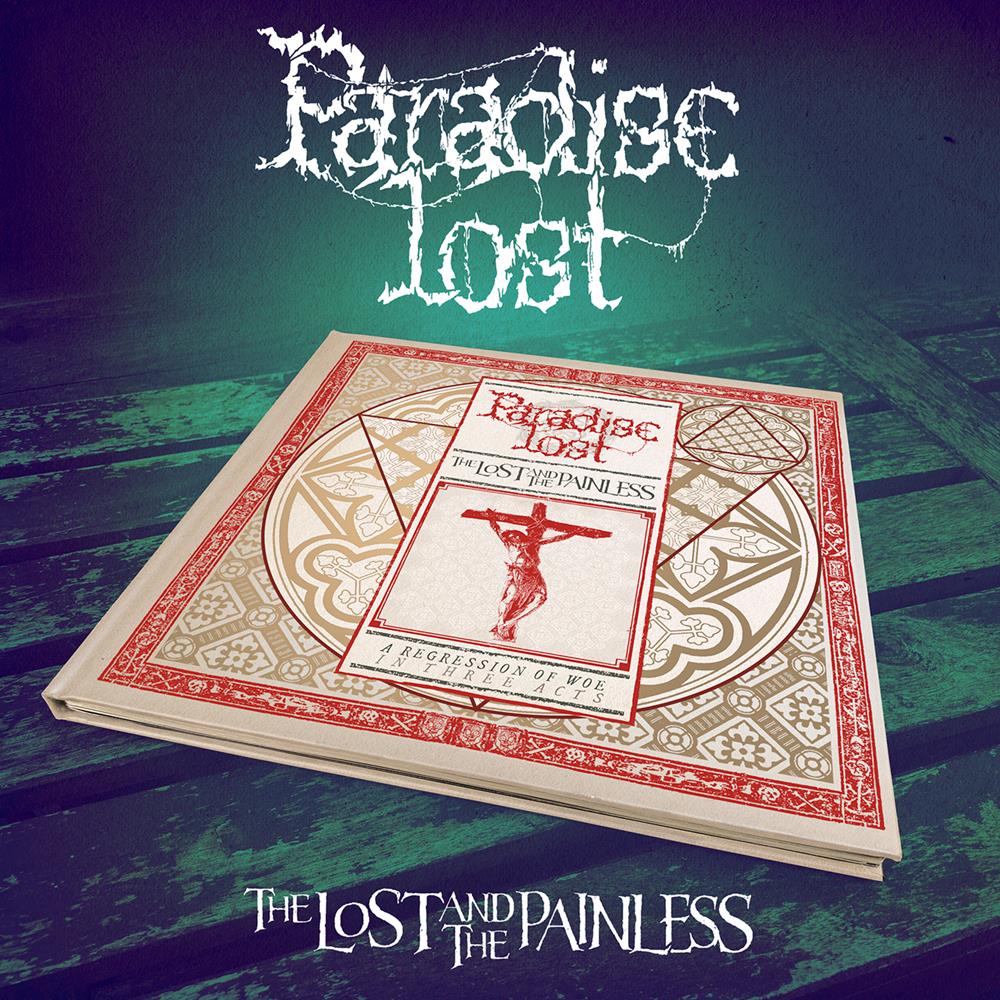 The Lost And The Painless Deluxe Hardback Book


EXPANSIVE COLLECTION OF STUDIO, DEMO & LIVE MATERIAL FROM THE EARLY YEARS OF THE BRITISH METAL LEGENDS IN THIS 6CD/1DVD SET, COINCIDING WITH THE GOTHIC 30th ANNIVERSARY. INCLUDES NEWLY REMASTERED ALBUMS, PLUS 92 PAGE BOOK ON THE STORY OF THE PEACEVILLE ERA FROM MEMBERS NICK & GREG, WITH CONTRIBUTIONS FROM OTHER PROMINENT FIGURES IN THE EARLY SCENE.

Creators, pioneers & purveyors of the whole Gothic Doom Metal scene which subsequently came to prominence in the early 90s, Britain’s Paradise Lost rose from humble Northern roots to become one of the UK’s leading artists in the metal genre throughout the decade and beyond, remaining as relevant and revered as ever to this day after a career spanning over three decades.

Marking 30 years since the release of the milestone that is the band’s sophomore album, ‘Gothic’, ‘The Lost and the Painless’ is an expansive 6CD/1DVD set containing the full works of both the formative and Peaceville years of the UK Gods. From the early incarnation of the band finding their feet in a death metal landscape still in its relative infancy, to their early live appearances showcasing the clear talent of the Yorkshire quintet, this deluxe set also incorporates the band’s legendary studio albums in the shape of the influential deathly doom debut, ‘Lost Paradise’, as well as the ground-breaking & genre-defining follow-up, ‘Gothic’.

The included DVD features four shows, leading with the ‘Live Death’ concert from 1989, and followed by a trilogy of captured performances between 1990 & 1991, as Paradise Lost were beginning to mark their gradual ascension with a host of now classic tracks from their early repertoire.

The ‘Lost Paradise’ and ‘Gothic’ albums, plus ‘Gothic’ EP have been specially remastered for this release by Jaime Gomez Arellano at Orgone Studios.

Also contained in the set is a 92-page book written by prolific music journalist, Nick Ruskell, delving into those essential early years of the band, as described by vocalist Nick Holmes & guitarist Gregor Mackintosh with their recollections of their early efforts to put Paradise Lost firmly on the map, as well as additional thoughts from a selection of prominent members of the scene, such as (among others) Peaceville founder Paul “Hammy” Halmshaw, Barney Greenway of Napalm Death, My Dying Bride’s Aaron Stainthorpe, & also Chris Reifert who himself embarked upon a tour with the Englishmen with Autopsy back in 1990. Furthermore, the book contains an amount of previously unseen photos recovered from the band’s early promo shoots with photographer Porl Medlock.

The foreword for ‘The Lost and the Painless’ comes courtesy of long-time appreciator of all things dark & gothic, Dani Filth, vocalist of UK extreme metal masters, Cradle of Filth.

LIVE IN LIVERPOOL, 1989
8 Internal Torment
9 Our Saviour
10 Plains Of Desolation
11 Drown In Darkness