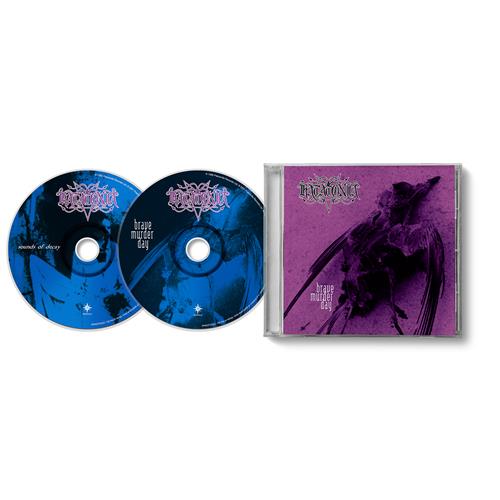 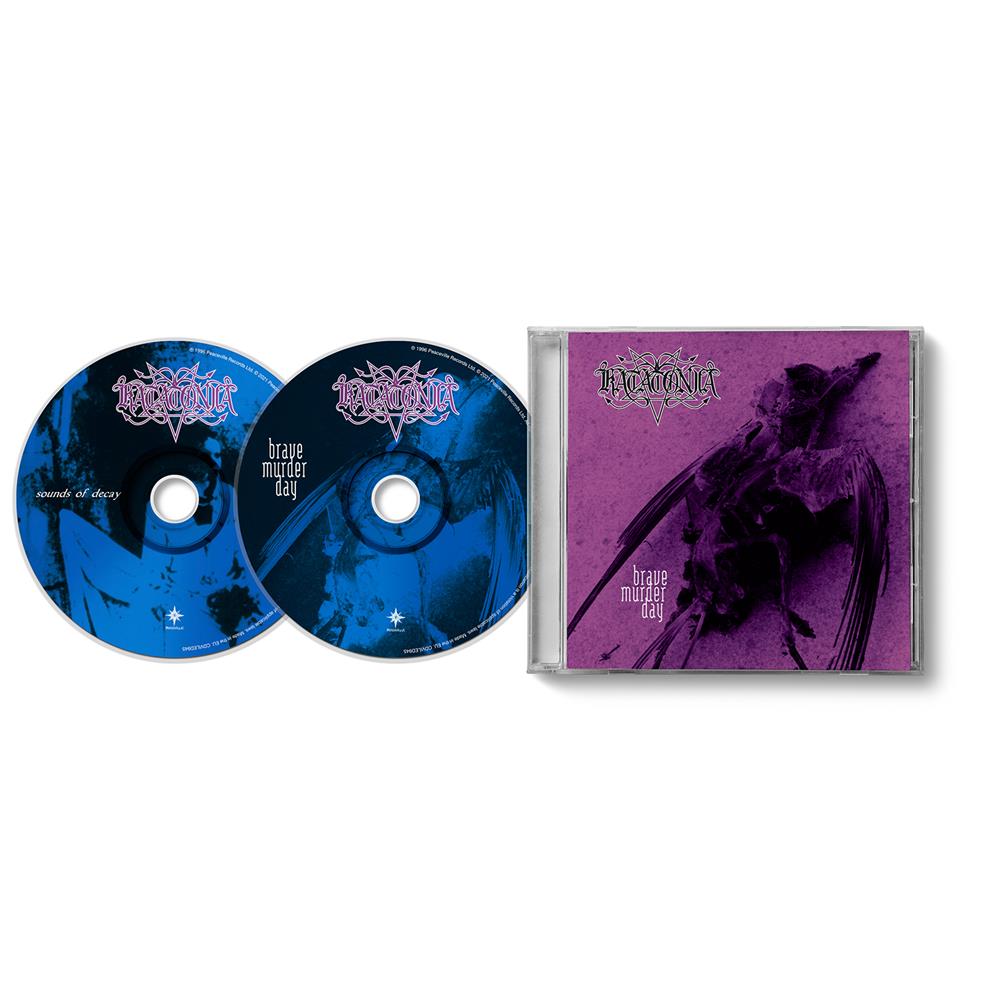 
TWO DISC RELEASE OF THE 1996 DEATH/DOOM MASTERPIECE, MARKING 25 YEARS, INCLUDING THE SOUNDS OF DECAY EP WITH BONUS TRACK, PLUS EXTENDED BOOKLET WITH REFLECTIONS ON THE ALBUM.

Re-release of one of the greatest gothic/doom metal albums ever!
Features Mikael Akerfeldt (Opeth) on vocals

Katatonia was formed in 1991 by Anders Nyström and Jonas Renkse. Their debut album, Dance of December Souls, was released in 1993, gaining the band recognition for their eclectic brand of gothic doom/death metal & joining acts such as Paradise Lot & My Dying Bride as one of the genre's defining bands.

Originally released in 1996, second album Brave Murder Day is a true classic. The primitive structures and melodies give this album an unparalleled trance-like quality, by taking an early Paradise Lost influence (mixed with others such as Kent and Slowdive) and forming a completely unique sound and atmosphere.

The majority of the vocal duties were carried out in his former signature death-growl style by Mikael Åkerfeldt of Opeth, while Jonas Renkse delivered the clean vocal passages that he is known for today, on the ethereal track, Day. Jonas also played drums on the album.

Brave Murder Day was recorded at Unisound, Sweden, in July 1996, and was engineered by Dan Swanö (Opeth, Marduk, Dark Funeral, Dissection & among many others).

This edition of Brave Murder Day is presented on double disc CD featuring the original album cover design. The release includes the Sounds of Decay EP plus extra track, & contains an extended booklet with an in-depth look back at the album from Anders Nystrom, with contributions from Jonas Renkse.