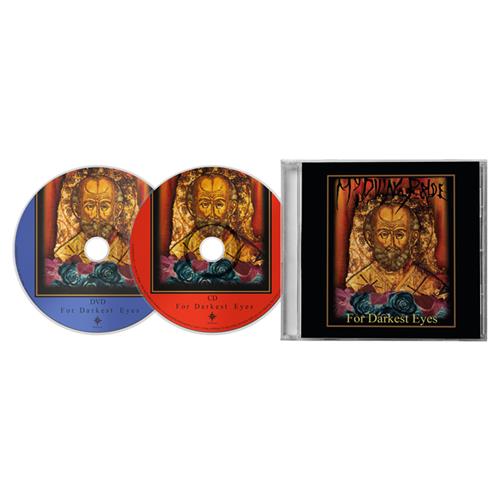 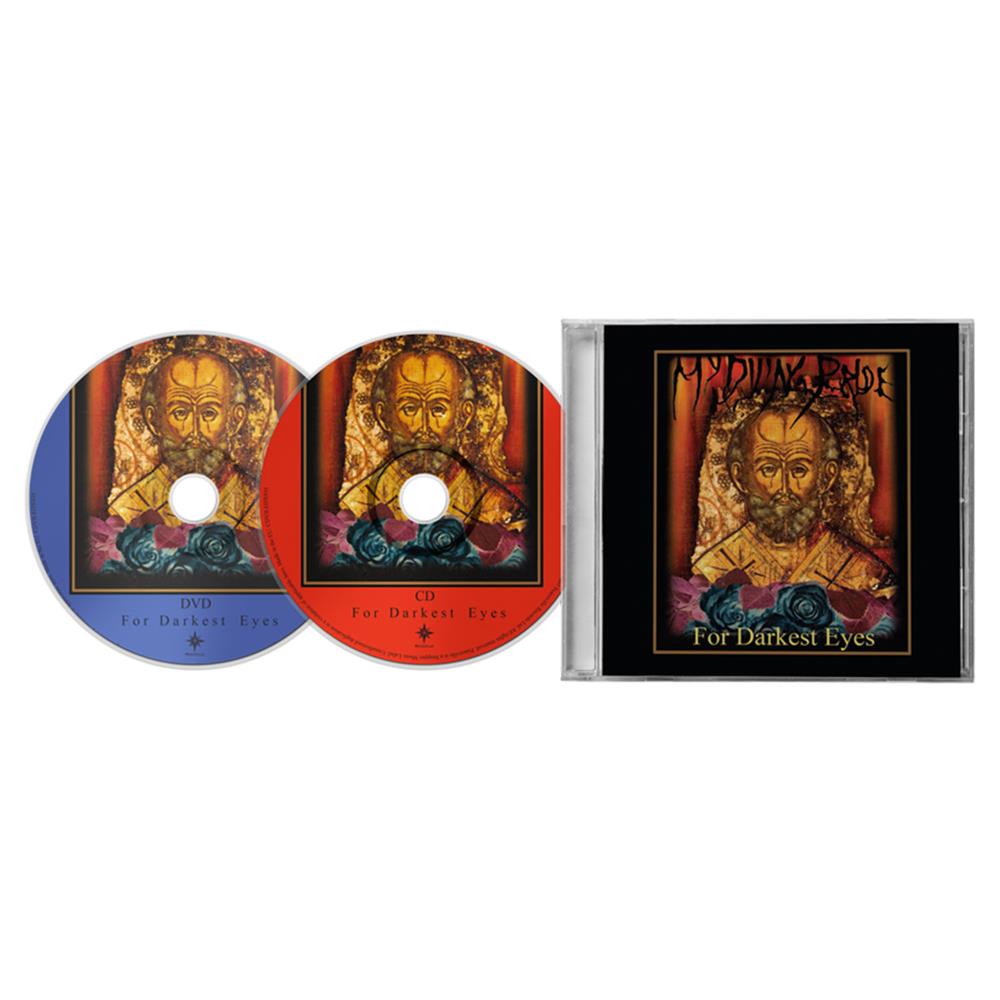 My Dying Bride has been the leading light of doom metal since the debut album ‘As The Flower Withers’ was released on Peaceville Records back in 1992. Influenced by acts such as Celtic Frost and Candlemass, the British band’s heavy atmospherics have carved a huge worldwide following over the years to stand as one of the true enduring and distinguishable pillars of the genre.

'For Darkest Eyes' contains the band’s iconic 1996 performance from Krakow, Poland, featuring numerous classic doom anthems from the early career of the UK Metal Gods. The show was filmed as the band was riding a wave of popularity due to their recent breakthrough third album, 'The Angel & the Dark River' (plus their tour with British metal legends Iron Maiden in the winter of 1995), showcasing several tracks from that release such as 'The Cry of Mankind' and 'Your Shameful Heaven', as well as renditions of other established numbers such as 'The Crown of Sympathy' and 'The Forever People'.

The DVD includes additional footage from several early shows from 1992 and 1993, as well as an appearance at the esteemed Dynamo Festival from 1995, plus six promo videos.

This edition of 'For Darkest Eyes' contains a 12 page booklet and cover artwork adapted from the original video tape release.

DISC 2 – DVD
Live In Krakow 1996
Live extras 1992 & 1993
Live at Dynamo Festival 1995
Promo videos:
Symphonaire Infernus Et Spera Empyrium
The Thrash Of Naked Limbs
The Songless Bird
I Am The Bloody Earth
The Cry Of Mankind
For You