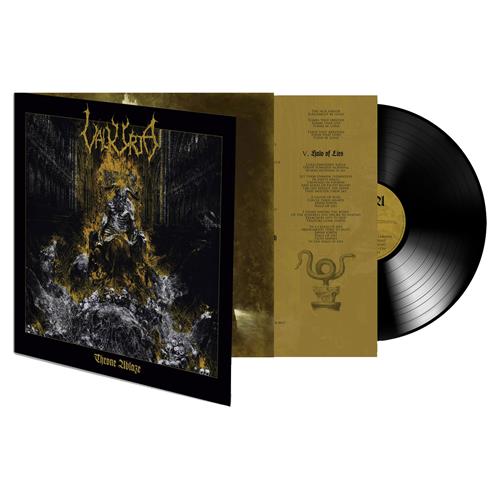 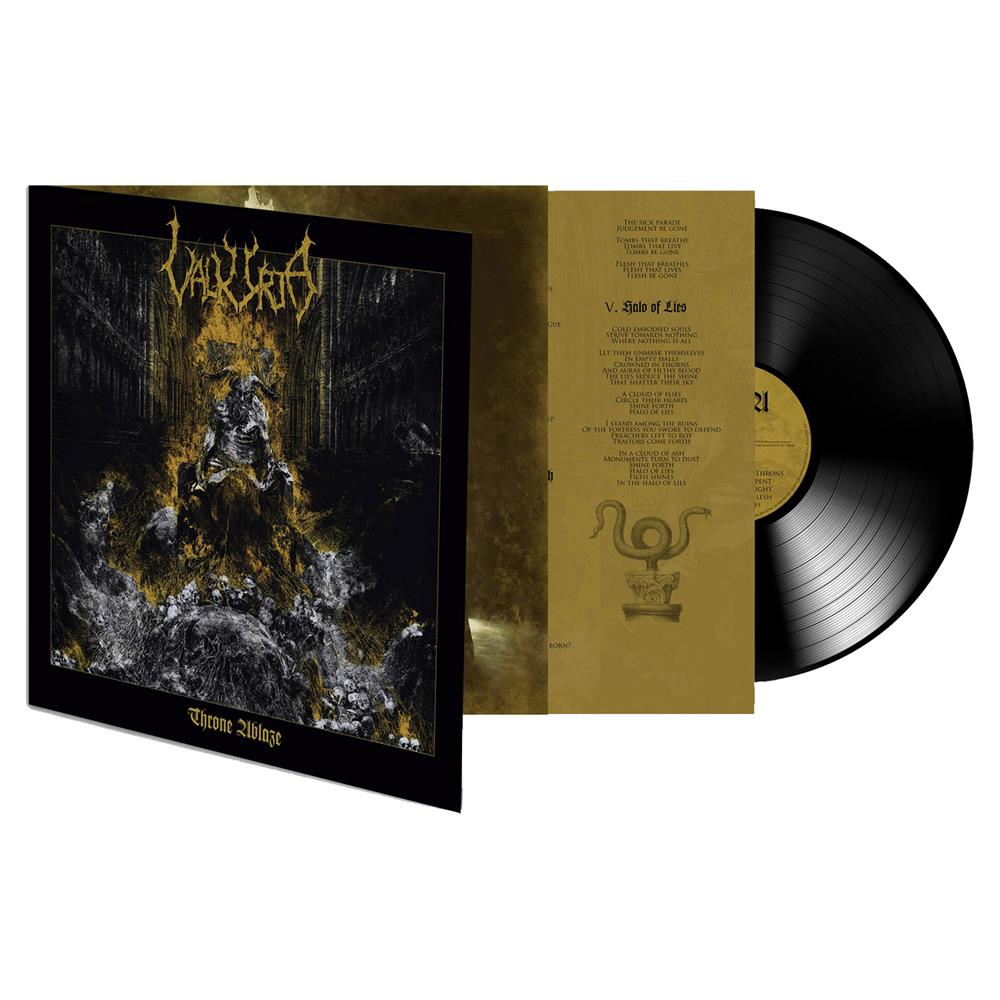 
VALKYRJA'S FOURTH STUDIO ALBUM OF MAJESTIC SWEDISH DARKNESS PRESENTED ON THE VINYL FORMAT FOR THE FIRST TIME, IN GATEFOLD SLEEVE.

‘Throne Ablaze’ was the band’s fourth studio album, originally released in 2018 & was a spectacular assault of finely honed Scandinavian black metal, steeped in ritualistic darkness & seething grimness. Upon release, the album was considered a highpoint for the band among an already highly revered repertoire, capturing the attention of the metal world with eight tracks of pure majestic malevolence, showing once more why Valkyrja is considered a prime force in today’s black metal climate.

‘Throne Ablaze’ was again recorded at Necromorbus Studio (Watain, Mayhem), with Tore Sjerna at the helm handling production duties.
This edition of ‘Throne Ablaze’ is presented on vinyl for the first time, including gatefold sleeve.