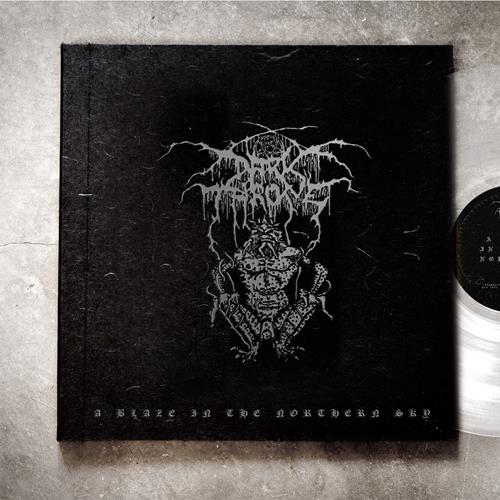 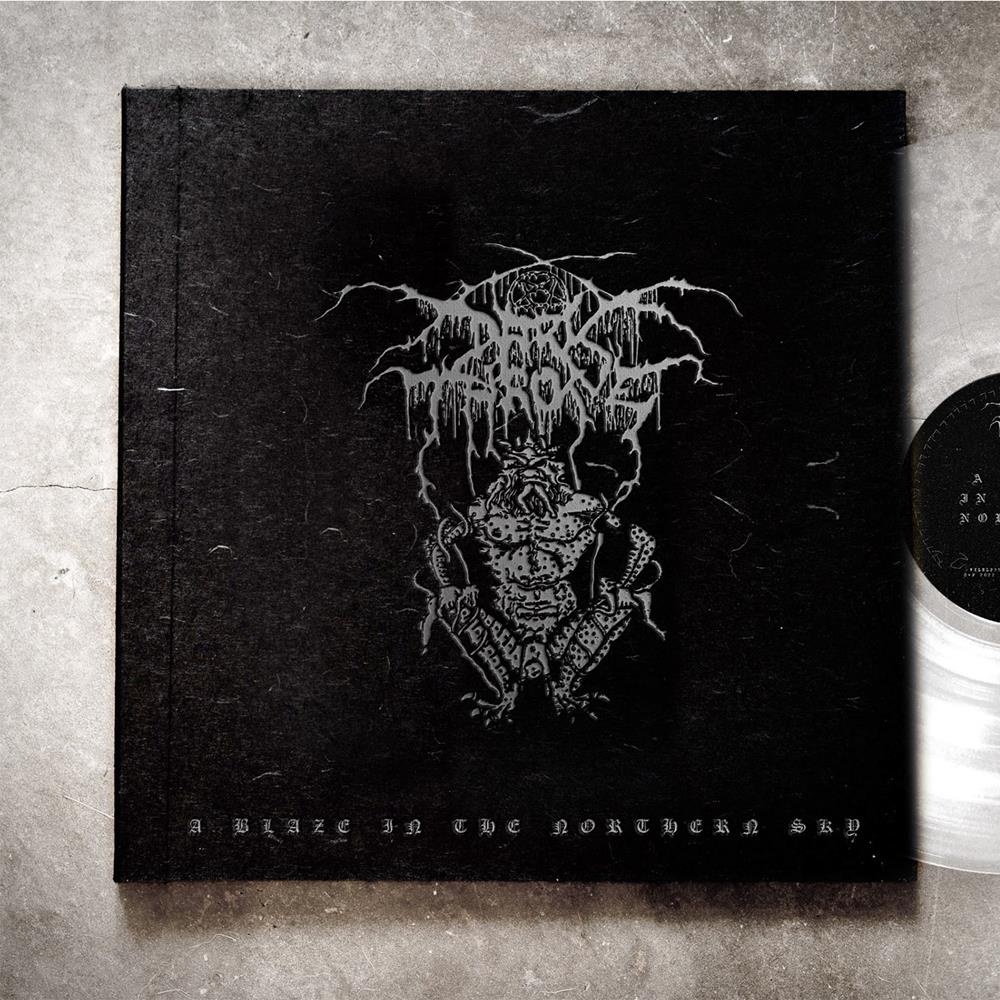 A Blaze In The Northern Sky Clear

ONLY AVAILABLE THROUGH THE PEACEVILLE RECORDS LABEL STORES

This deluxe edition of 'A Blaze in the Northern Sky' coincides with the 30th anniversary of the seminal album’s release & is presented on limited clear vinyl, with special handmade sleeves courtesy of Bartek Rogalewicz at Lodge.Black Temple. These are limited to 666 numbered copies only, and are hand-signed by Fenriz and Nocturno Culto. This edition also contains a refresh of the original 1992 audio master.

666 limited numbered copies of 'A Blaze in the Northern Sky' on exclusive clear vinyl
All copies are signed by Fenriz and Nocturno Culto on paper made in year 1666!
• True artisan release redesigned and hand crafted by Bartek Rogalewicz at Lodge.Black Temple.
• Thick 2mm hardcover in handmade black raw paper and paper sourced from an ancient book from year 1666.
• Hand printed using vintage manual woodcut press.
• Printed with custom made silver ink with addition of powdered goat horns.
• Hand numbered.
• 4 pages insert with lyrics and alternate layout.