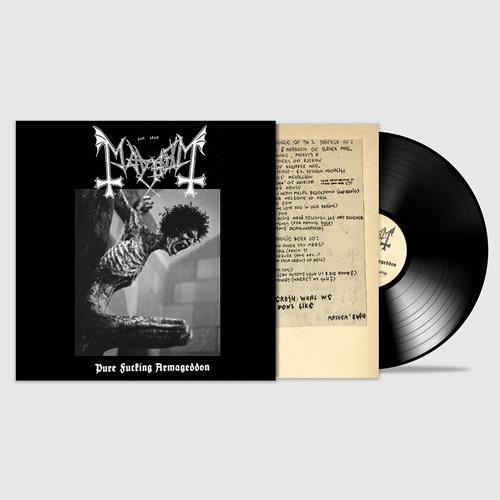 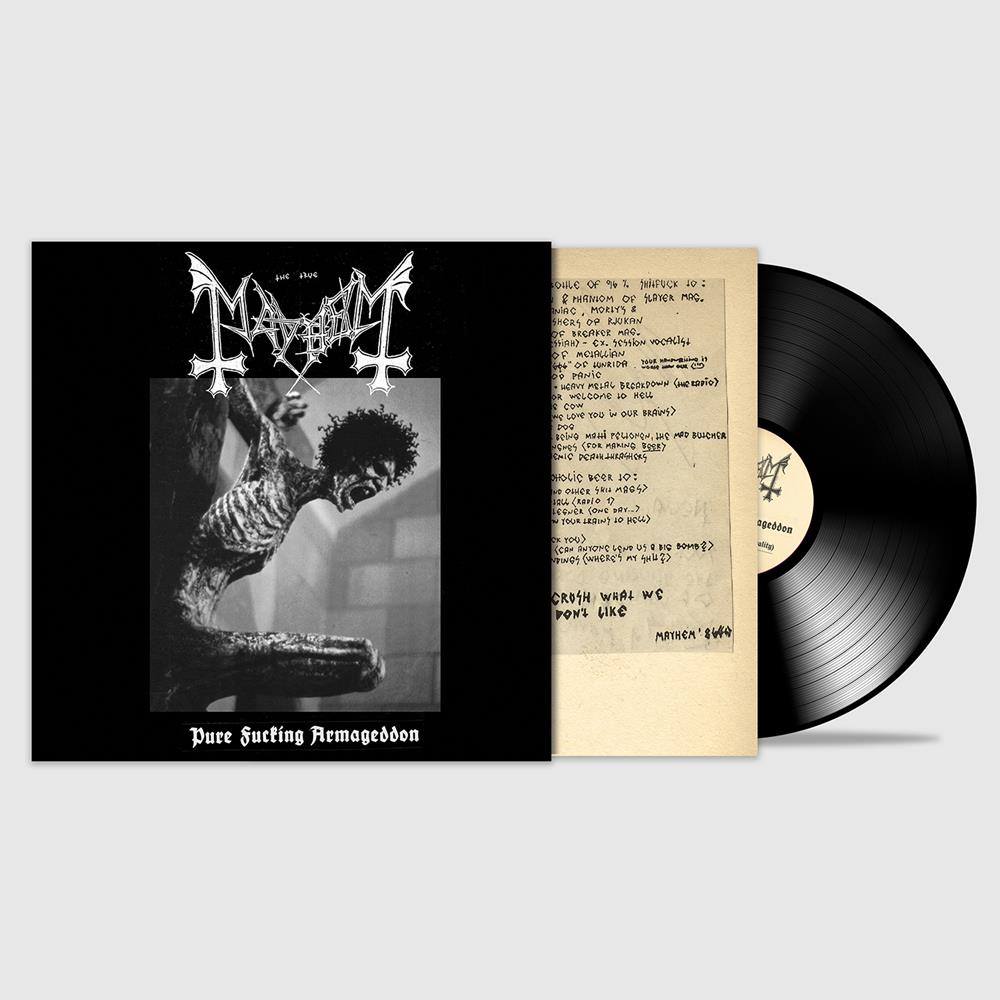 Mayhem, the Norwegian pioneers responsible for invigorating a global scene alongside originators such as Venom, Celtic Frost & Bathory, formed in 1984, and with a long history of tragedy, intrigue and infamy have become truly revered legends of black metal, with a large part of their legacy established in the late 80’s & early 90’s, notably when guitarist Euronymous & bassist Necrobutcher welcomed Hellhammer on drums and Dead on vocals, to help shape a new and inspired era of darkness.

The first seed of Mayhem was, however, planted with 1986’s ‘Pure Fucking Armageddon’ demo. Featuring the trio of Manheim, Necrobutcher and Euronymous, this is a cult rehearsal space recording including now timeless tracks and staples of the Mayhem live set such as the ‘Pure Fucking Armageddon’ track itself and ‘Carnage’, plus also features a cover of Venom’s genre-defining ‘Black Metal’. With a sound delivered in its most primal, raw & chaotic form, this stands as undoubtedly an influential early classic of Norwegian extremity.

This edition of ‘Pure Fucking Armageddon’ is presented on black vinyl and limited to 666 numbered copies. The release contains the original classic cover artwork, and features a new tape source transfer.